No-one much likes paying taxes but, like death, it is said, they are inevitable. There has been a lot of debate recently about corporation tax rates, and avoidance, and about tax havens. This was highlighted by the leak of the ‘Panama Papers’ that showed how some of the world’s leaders and many of the world’s wealthy, are finding ways not to pay what most of us would feel to be fair. Companies and individuals who have the most money seem to be able to use a little of it to set up complicated arrangements so that they pay as little as possible, while those with the least money feel they are paying amounts which hurt. If you need every penny to survive, even a low tax rate is a heavy burden, and the weight of that burden feels all the greater when you see rich people and big companies, who could easily afford to make a bigger contribution, going to great lengths to pay as little as they can. But the question is not just about fairness. It is also about delivering the vital services for which our taxes pay. Even ‘tax havens’ do collect taxes, but they usually have low or zero rates of income and corporation tax. Instead they may have very high import duties or purchase taxes to pay for their Government services. Countries have different rates for different taxes and compete against each other to attract investment through low tax rates. Some politicians, and economists, argue for low taxes to drive demand, and economic growth, by putting more money in people’s pockets and to attract foreign investment and create jobs. Others argue for higher taxes, especially on the rich, to ensure fairer distribution of wealth and good public services while driving demand and creating jobs through public expenditure. So let me try to make sense of it all and look for a way forward.

There are four main positive reasons why we have taxes.

But there is a 5th factor that determines tax policy, and that is politics. Political parties believe that they won’t get elected if they promise tax rises, even for excellent reasons. Spending cuts are also unlikely to be a recipe for electoral success, though the latest UK election saw all parties promising to make cuts. Voters like to see lower taxes at the same time as more money being spent on the things they like, such as the NHS and schools. These days they are also interested in seeing reductions in the budget deficit. Of course it isn’t possible to achieve all these things at once, so we get ‘stealth taxes’ and big cuts described as ‘efficiencies’ that are not meant to impact on services, but do. There is pressure at election time to make commitments not to raise income tax or VAT, which seriously limits Governments’ options for fiscal policy. Balancing the books then requires spending cuts and the resulting austerity reduces demand and economic growth. We seem to have got ourselves into a vicious cycle by talking ourselves out of using some of the tools in our economic toolbox. We seem to be repeating in our own economy the mistakes made when the developing world was subjected to ‘structural adjustment’ in the 1980s. UNICEF’s ground-breaking report “Adjustment with a Human Face” (1987) highlighted the painful impacts on the poorest and most vulnerable, especially children, through cuts in vital social programmes. In the UK, the IFS estimates (pre Brexit) that child poverty will increase in coming years due in significant part to planned tax and benefit changes. It seems the human face has gone missing again, especially the face of a child living in poverty. 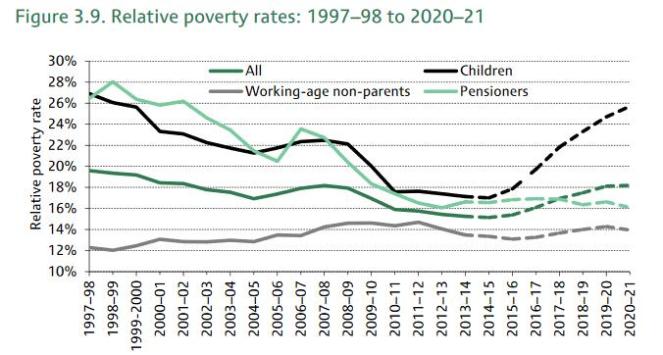 So, coming back to taxes, the simple fact is that we need them. They are there for good and valid reasons, but politics seems to get in the way of doing what may be economically wise.

But traditional policy approaches to tax are facing the challenges of globalisation and the new virtual economy. When the likes of Google deal in intangible products it is relatively easy to move money around the world to reduce tax liabilities (harder to move a car factory or an oil refinery). Even more, financial businesses like hedge funds can be based anywhere on the planet and often choose low tax territories. Corporate tax rates across the world have been coming down as countries compete for business investment. 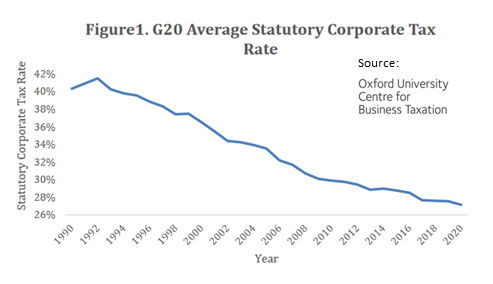 While much of the debate has focused on trying to crack down on avoidance, perhaps the real problem is that Governments have allowed tax competition to let companies off the taxes that the public would expect them to pay on their profits.

A similar thing has happened to income tax rates in the UK, especially the rate paid by those with the highest earnings. Yes, perhaps we have been allowing big companies and the wealthy to get away with tax avoidance, but the far more significant factor is that successive Governments have cut taxes for those very people and organisations. 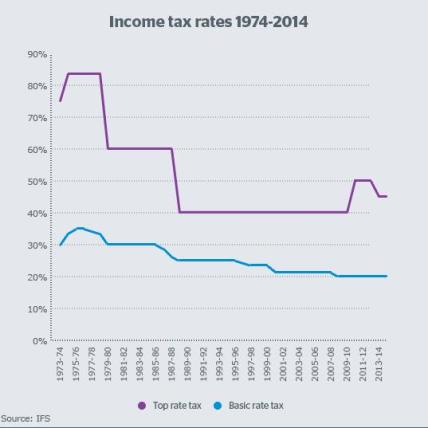 But there is a bigger and far more important global issue to consider.  At the end of last year the international community adopted the Sustainable Development Goals, a radical and ambitious set of targets to change our world into one which is fairer and more sustainable, in which poverty is consigned to history at last. There are many differing estimates of the cost of delivering on all the goals, but developing countries are expected to need some $3.9 trillion a year – and they are facing a gap of $2.5trillion. While aid will be critically important in some countries and sectors, especially for the poorest, it is generally agreed that the largest contribution to this funding gap will have to come from tax revenues generated in developing countries themselves. Yet, according to the European Network on Debt and Development (Eurodad) this funding is being “tragically undermined” by international tax evasion and avoidance, which cost developing countries hundreds of billions of dollars every year.

There is no doubt that the world needs a radical new approach to tax to ensure that we can achieve the goals of fairness, equity, sustainability and economic and social development which we have set ourselves at the global level, as well as to ensure that those progressive policies are reflected domestically. The SDGs are universal – the UK and other rich countries need to invest to achieve them as well as to support poorer countries in their own efforts.  This is a global endeavour to remake the world for the betterment of future generations. It simply cannot be achieved without reform of tax policy domestically and internationally.

So what is the policy prescription? Here are some ideas:

In short, we need to manage tax at a global level instead of competing with ever falling corporate tax rates. Global harmonisation of corporation tax rates would be a great start. And perhaps we should shift the tax from profits to sales and supply chains to avoid profit-shifting as a means of avoidance.

Everyone, it seems, would be happy to see more taxes as long as they don’t have to pay them themselves. But a better world needs a better tax system, which is more transparent, more global, more innovative and more progressive. This is not just important for some time in the indefinite future. It is essential and we need to get going right now if we are going to meet the global goals by 2030.  It is challenging and difficult, as all the best things are, but we can’t afford to put it off.

As long as it is progressive and the funds raised are applied equitably, tax is good.