Baquer Namazi is an 80 year old US/Iranian citizen who has spent a lifetime in the service of humanitarian causes and especially as a defender of children’s rights. He was detained when he landed in Iran in February and has now been sentenced to 10 years in prison. Baquer is unwell and this sentence is likely to mean that he will die in prison, unless the authorities feel able to exercise some compassion. The charges are not entirely clear as the trial was carried out in private. However, a video released by the Iranian authorities refers to a charge of “cooperating with the hostile American government.” It appears that Baquer’s wonderful humanitarian work for the UN, and particularly for UNICEF, is cited as indicative of this charge. Many of Baquer’s friends in the humanitarian world are doing all they can to appeal for his release. I have not met Baquer myself as he retired before I began my own career with UNICEF. But I know his honourable and committed reputation and I know and trust the many colleagues who are working for his release. I don’t want to see this elderly man, after a life devoted to a better, more humane world, die in prison. If he is going to be freed, it is vital that his story is told. So here (with thanks to the colleagues who worked with him) is Baquer’s story, and a powerful statement from his son, which deserves to be read as widely as possible. If you read this blog, please share it through any channels available to you. 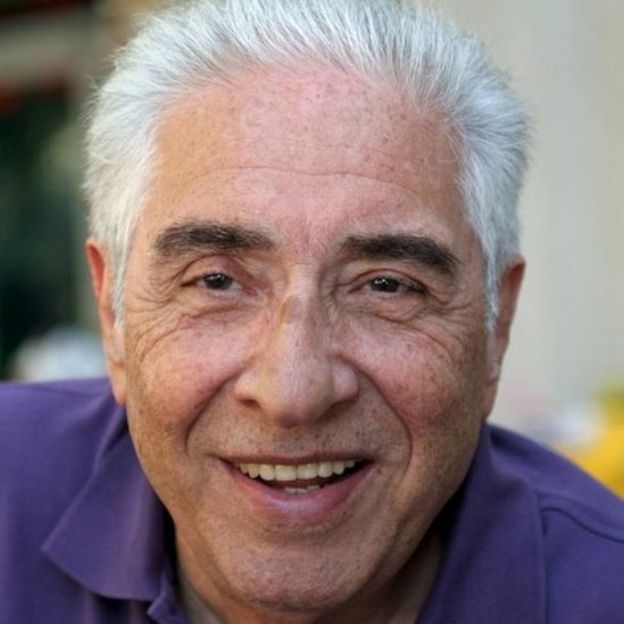 Baquer Namazi was born in Baghdad to Iranian parents.  His father, Professor Mohsen Namazi, was a religious leader of the Shia community in India after independence and the head of the Department of Arabic and Persian Studies at Calcutta University, teaching, among other subjects, Islamic studies for graduate students.   Baquer studied in Kolkata (then Calcutta).  He later received a Masters degree in economics from Vanderbilt University in Nashville.

In 1967 Baquer represented Iran at a UNICEF seminar in Bangkok and made such an impression that he soon became UNICEF’s first Regional Planning Officer for the East Asia and Pakistan Region.  He was a powerful advocate for children with the Governments of the region, arguing that investment in children was vital to the future success of their countries. He returned to Iran in 1971 but re-joined UNICEF in 1984 as a Policy and Planning Advisor in New York.  Based on his work in Iran, he brought to UNICEF a special concern for the needs of poor, nomadic people who are so often left behind.

In the mid-1980s, as work began on the drafting of the UN Convention on the Rights of the Child, Baquer saw the importance of building a global consensus for children and played a key role in UNICEF’s advocacy for the Convention which was finally adopted in 1989.  It was of great satisfaction to him that his own country ratified the Convention on the Rights of the Child in 1994, just four years after it was adopted by the UN.  For his work in promoting the Convention within UNICEF, Namazi was awarded a Medal of UNICEF, by the late Executive Director, Jim Grant.   The Convention has made a dramatic difference for children all over the world and has contributed to saving and improving the lives of many millions of children. Baquer Namazi can take a significant part of the credit for that great global achievement, but even as he worked to promote the Convention, he continued to devote himself to leading practical support on the ground for some of the world’s most disadvantaged children.

In 1986, as Somalia slid towards civil war, with children facing dreadful violence and suffering, UNICEF needed someone to lead the response. This was dangerous and demanding and there were few qualified volunteers, but Baquer Namazi stepped forward and offered to take the job because of his devotion to the cause of the most at risk children.   He repeatedly travelled to rural and nomadic areas to learn first-hand about the problems and challenges of families and children.   One former colleague recalled: “Once we travelled west to the bush and slept under the stars and ate camel stew and spaghetti with the nomad chiefs around a fire, to learn more from them about education and health practices for children.”

Later, as UNICEF Representative in Kenya, Baquer continued his campaign for greater attention to the rights of the children of nomadic peoples and for the protection of children in armed conflict and from abuse and neglect. He played a major in securing the ratification of the Convention on the Rights of the Child across Africa, now including every country of the continent.

As UNICEF Representative in Egypt, Baquer also worked with religious institutions to find the roots for child rights in Islam. But he loved to be in the field with communities, families and children.  During one such trip, his mission was ambushed by a terrorist group.  One team member lost his life, as well as the entire security escort, while Baquer and another team member were injured.  But this experience only encouraged him to follow his cause with even more passion and determination to serve “the most vulnerable”.   He also redoubled his efforts for measures to protect children at risk of violence.

Baquer Namazi became a respected and much admired father figure to many of his colleagues and counterparts, a very caring person with a high sense of morality and commitment to the cause and mandate of UNICEF – serving the critical needs of children and advancing the rights of children and women.

He retired in 1995 to glowing tributes to his integrity, humility, fairness and deep spirituality, his respect for others, and his openness, impartiality, empathy and compassion particularly for the least fortunate.  Baquer Namazi is a devoted, exceptional and principled humanitarian.    It was always clear that retirement would not halt his work for children.  In his retirement, he has initiated a global dialogue on the importance of protecting children at risk from armed conflict.  Almost single-handedly he has resurrected the concept of “Children as Zones of Peace”, which began in Central America in the 1980s.  Hundreds in international agencies, in research and academia, and non-government groups around the world have been brought into the dialogue.

After his retirement Baquer and his wife settled in Dubai.  A few years ago, however, they decided that the situation in Iran would allow them to go home to Tehran.  Their two sons, Siamak and Babak, were both at university in the US.

Baquer started an NGO in Tehran working on issues of poverty among girls and women while Siamak worked with companies interested in new business opportunities arising from the greater opening up of Iran.  Later, Siamak was working elsewhere in the Gulf.  Last summer, however, he returned to Tehran to attend a funeral and to see his parents.  When he went to the airport to leave, the authorities seized his passport.  Over the coming months he was called back several times for questioning.  In October 2015 Siamak was arrested.

His parents, of course, were frantic and kept asking permission at least to visit him.  All requests were denied.  Siamak began a hunger strike in prison.  When news of this reached his parents, they finally broke the silence they had maintained since his arrest.  They began encouraging relatives and friends outside Iran to publicize Siamak’s situation.

In February this year, after months of trying to get permission to visit Siamak,  Baquer went to Dubai to visit his younger son, Babak and his family.  While there, Baquer received a phone call from the authorities telling him that permission to visit Siamak had finally been granted and he should return at once.  Baquer did so, and was arrested on arrival at the airport.  Finally in mid-October both Siamak and Baquer were sentenced to 10 years each.

Baquer has a heart condition and has lost a lot of weight while in prison. I and his former colleagues, and all those who know him, are shocked and saddened by what has happened and are hoping that some sense of compassion, as well as respect for Baquer’s life of humanitarian endeavour, may yet lead to his early release so that his health can be looked after and he does not have to end such a magnificent life in the worst of places. Baquer has spent a life of commitment and sacrifice seeking freedom for others – freedom from want, freedom for danger, freedom from sickness and suffering. For him to end his life without such freedom would be tragic. Others have been released under similar circumstances. There is hope. Perhaps Baquer’s unique story will yet bring a humanitarian response from those who have the authority to release him.

But I can’t express the seriousness of the case of Baquer Namazi half as well as his own family, so here are the moving words of his younger son Babak Namazi on hearing of the sentences handed to his brother and his father.

“It is with utter shock and dismay that we have learned of the news of the unjust sentencing of my 80 year old father Baquer Namazi and my brother Siamak Namazi both Iranian Americans to 10 years in prison each. In the case of my father this is tantamount to a life sentence. This follows one court session of a few hours for each of them. The details of the charges are unknown to us as of yet.

My father served with distinction as UNICEF’s representative in the most dangerous parts of the world and then in Iran dedicated his life and efforts to poverty alleviation and helping disaster victims. Siamak’s only crime has been to speak out against negative effects of sanctions and how sanctions prevented Iranian people’s ability to obtain medicine. It is beyond comprehension that the court and those holding our loved ones have criminalized the humanitarian efforts of my father and brother.

In the past days, a video of my brother Siamak Namazi has been posted by those holding him. It pains us immensely to see such videos which go against all principles of justice, Islamic reverence and what we would consider basic human decency. The same can be said about the articles full of fabrications and baseless accusations being posted on various websites for the past year depicting my father and brother as saboteurs and infiltrators. A one sided attack on my innocent brother and father who cannot defend themselves goes on with impunity, no accountability and against all standards of decency.

Going against the wishes of my mother, I have a duty to break our family’s silence. My father has been handed practically a death sentence and it will be a criminal act by me, his only able son, not to fight for my father’s life and freedom as well as that of my brother.

We are all extremely concerned for both their well-being and specially my father’s who at this frail age of 80 and his heart condition which, along with other ailments, threaten his life. At his age and in his condition it is highly doubtful that my father will survive any time in prison let alone a 10 year unjust prison sentence.

On behalf of my family, I call upon the authorities to immediately release Baquer Namazi, an innocent and fragile 80 year old man, and not to further jeopardize his health and wellbeing. I similarly call for the immediate release of Siamak Namazi.

I reach out to all those who care, to help save my father’s life and to free both father and son to return to the open arms of their family”.

Let us tell the story of Baquer Namazi as widely and well as possible and appeal to anyone who has the possibility to help to do so urgently. Let this brave humanitarian spend his final years in peace with his loving wife and family.